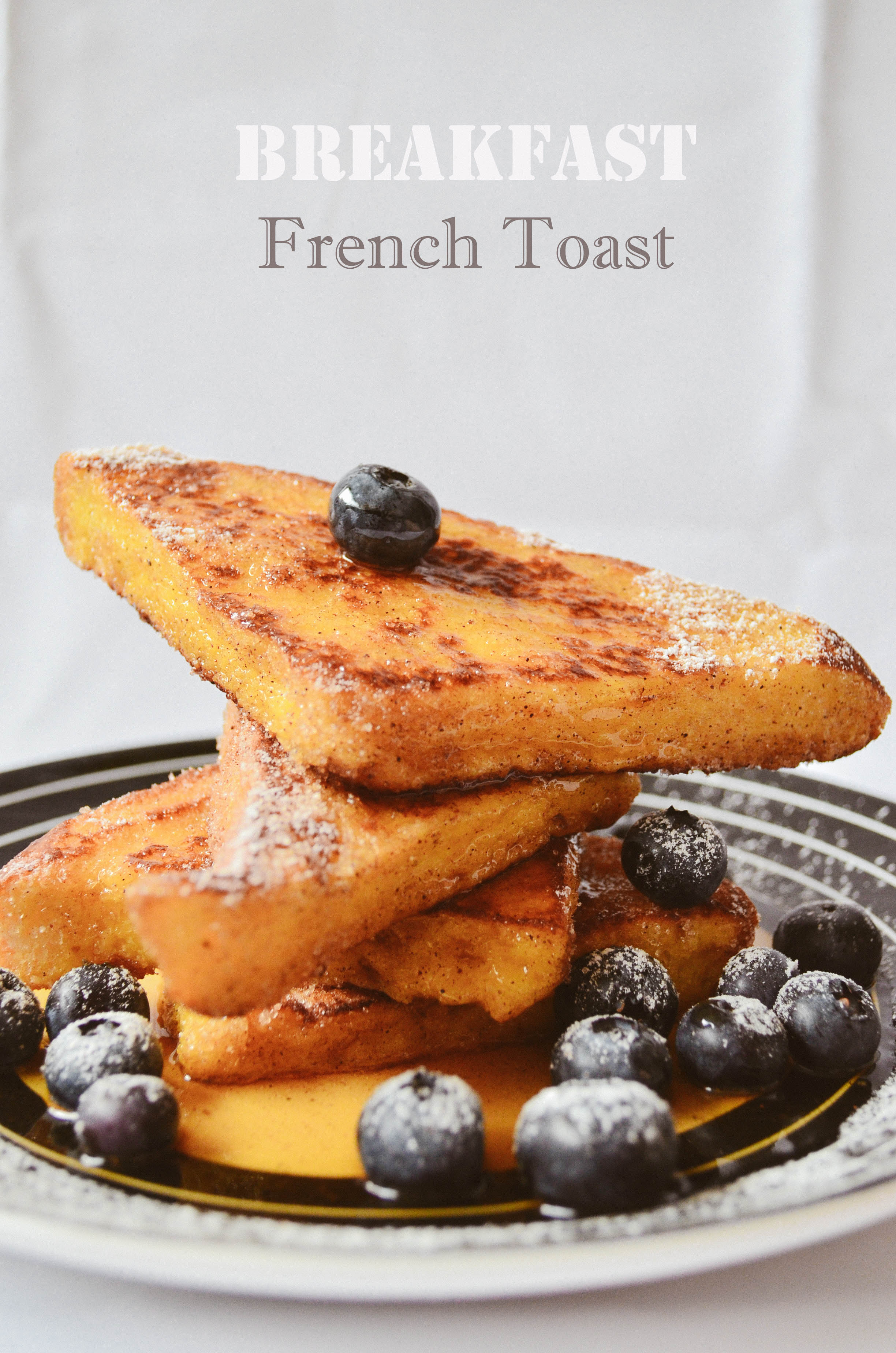 The  first French toast I ate was made by my mother. She would use stale Gardenia white bread, which is ok because that’s what French toast is all about, utilizing stale bread. And she would add a little milk to thin down the egg mixture, a drizzle of condensed milk to sweeten and pan-fry it in melted salted butter. It tasted fine but I wasn’t a fan. 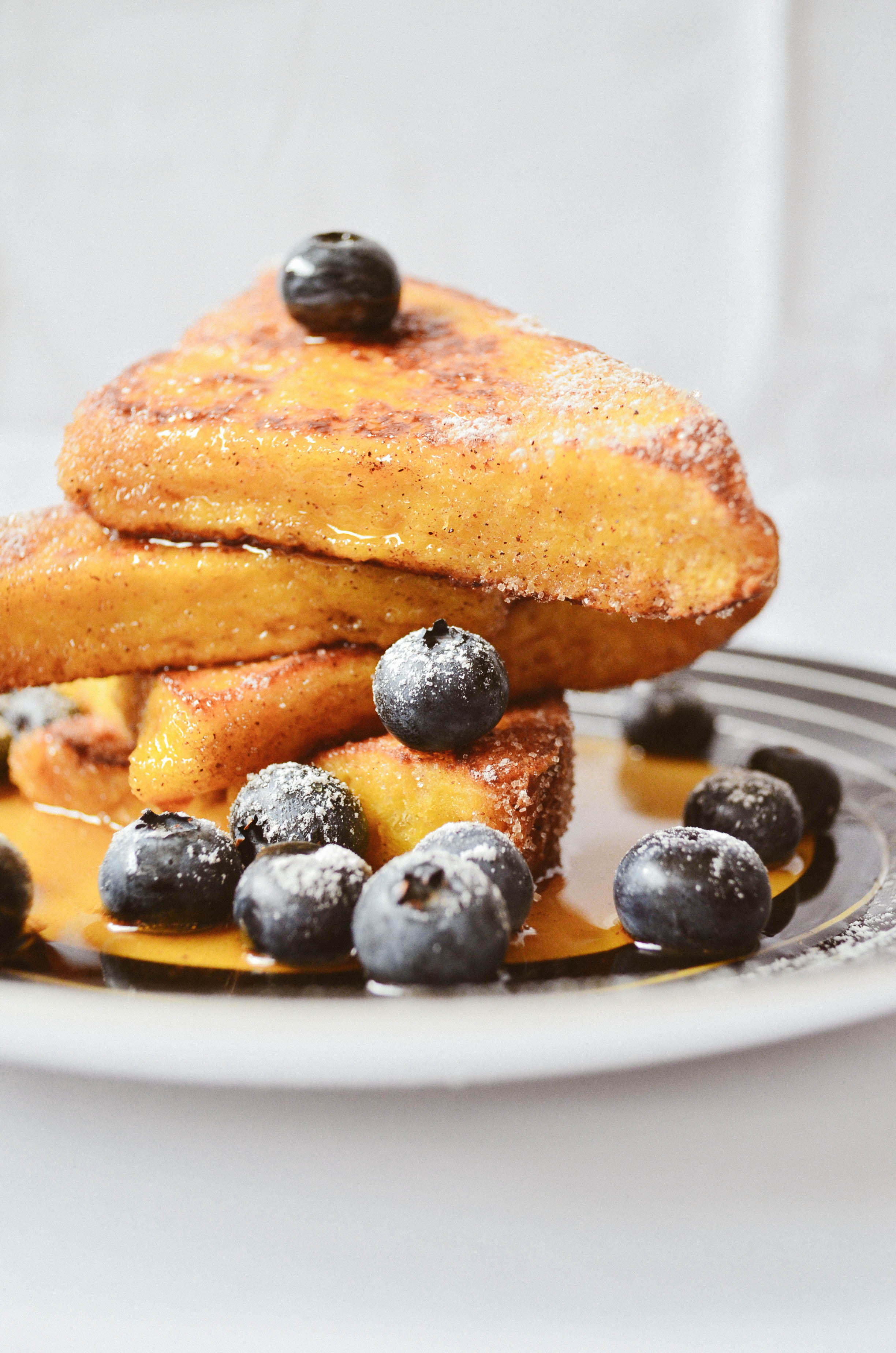 I remembered a French toast recipe (known as Pain Perdu) from the book, Desserts by Pierre Herme, written by Dorie Greenspan, that appealed to me because there is a notable ingredient added to the egg mix, that is the orange flower water. Herme’s recipe was meant as a dessert, slightly sweeter than the American breakfast/brunch version, and it is accompanied with a wonderfully sweet and fruity blueberry sauce. 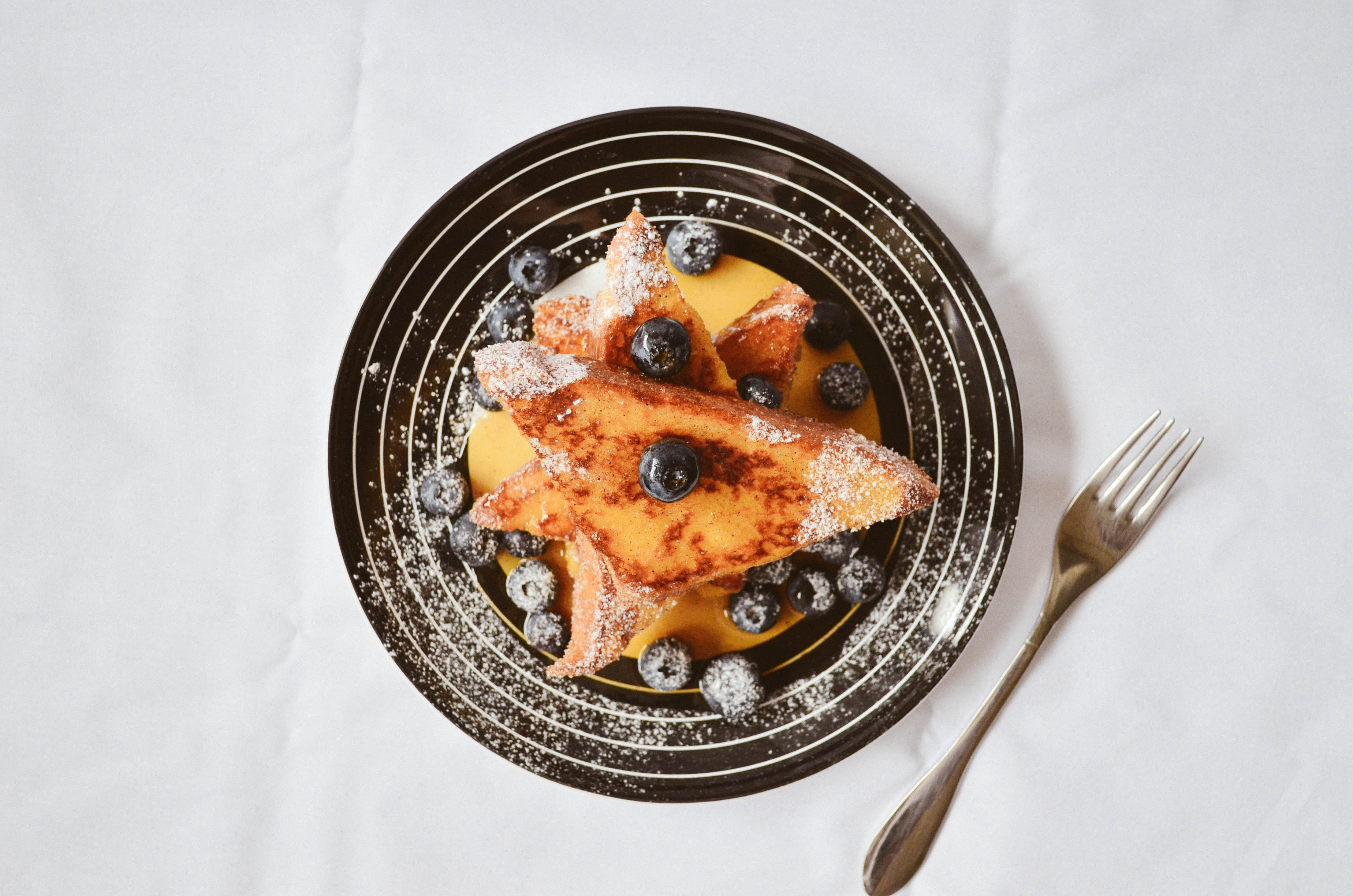 I normally ate French toast as breakfast or brunch rather than treating it like a dessert. The recipe that I often use has just the right amount of milk and cream added to the egg and it is sweeten by coating the browned toast with cinnamon sugar. I have also adopted the addition of orange flower water to the egg mixture, which adds an interesting light floral note to the toast that I really adore. This recipe is very simple to put together, I like to use thick white toast or brioche. With a final drizzle of maple syrup and fresh fruits, it makes for an utterly delicious and indulgent breakfast / brunch treat. 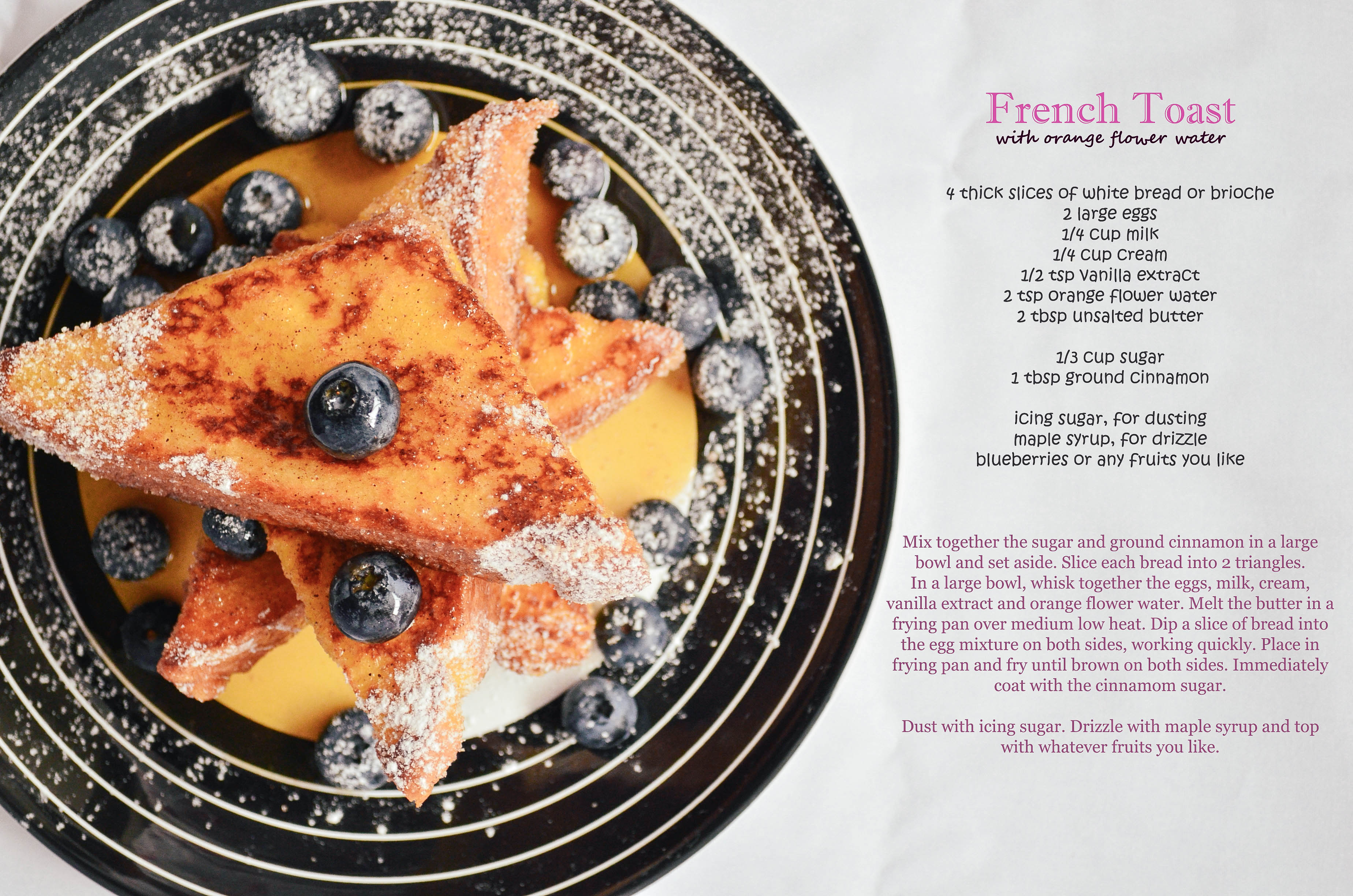 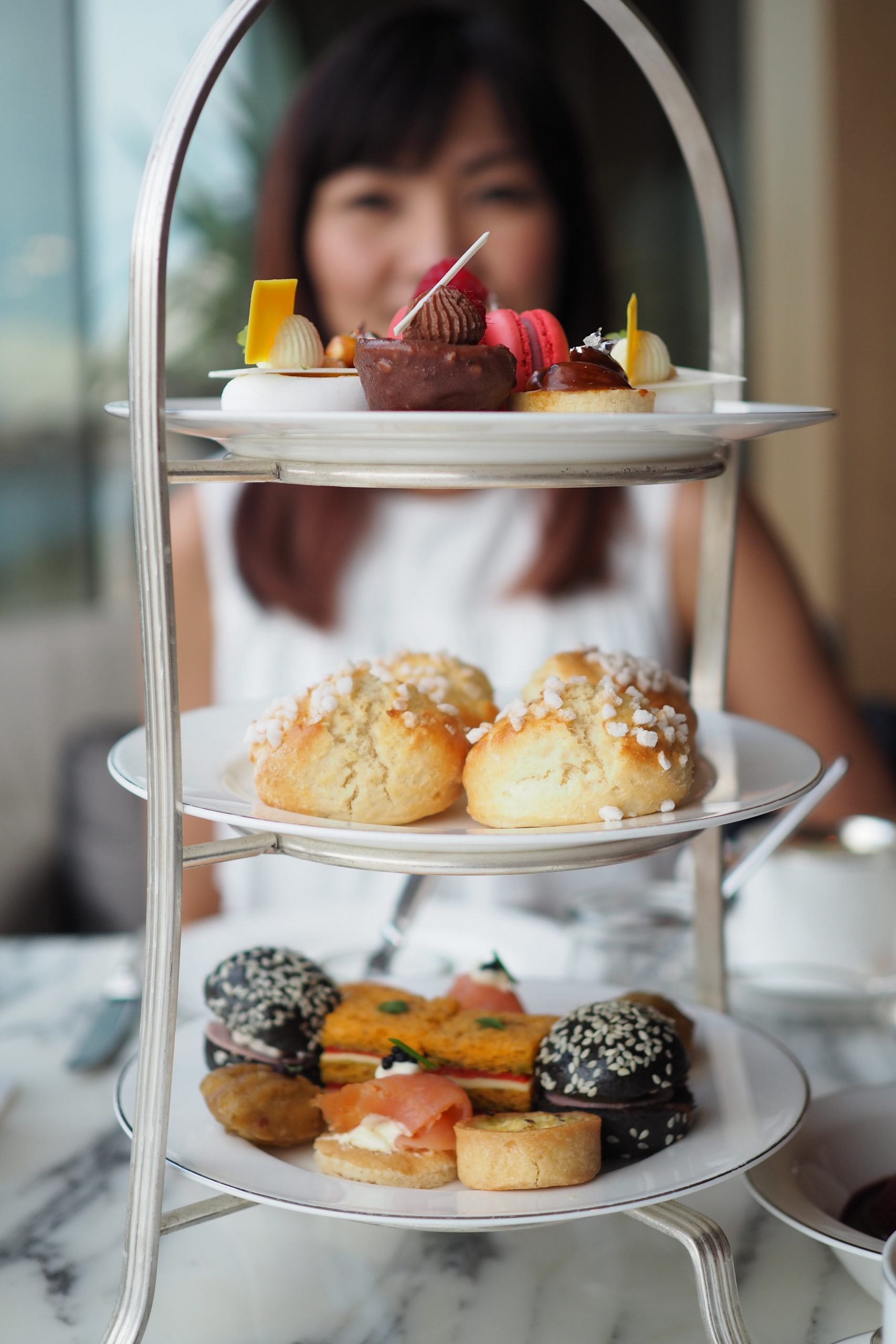